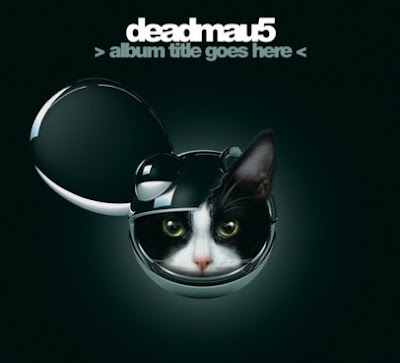 It seems Mr. Mau5 has been in the studio trying out different beats and featuring artists that I personally didn't even think would even think of collaborating with deadmau5.

The Veldt featuring Chris James feels like a feel good track. Not too heavy on the bass, but not entirely off the wagon into taking you on a journey. Great track that feels it was just multiplied to times to make it 8 minutes, but why would you want a mau5 track to end.

Fn Pig has to be my favorite track on this record. The intro feels like a previous track Strobe featured on his past album "For The Lack Of A Better Name". You can't rush the song in, but just feels the bass meeting treble with a sound unique to only the style of Joel Zimmerman.

Professional Griefers features Gerard Way from My Chemical Romance which is a rock, dance, electro mix that gets any crowd moving after the first riff. Could definitely see this as one of deadmau5's commercial tracks even though he doesn't like being commercial. More of an alternative grunge feel that can resonate with the kids still wearing eyeliner to be cool.

Failbait featuring the legends Cypress Hill caught me off guard for a sec. A chill hip hop beat and lyrics referencing lighting it up. Why hasn't deadmau5 dived into this before. If he found a track to bring urban radio into electronica, I think this one does it. Cypress Hill sounds like they are still a relevant group. Just sayin, I haven't heard shit from them in a while. Equivalent to Ma$e on that new Good Music compilation.

Overall a solid record from deadmau5 which is to be expected. The iTunes Bonus Tracks are also worth while grabbing. Check out Fn Pig below.