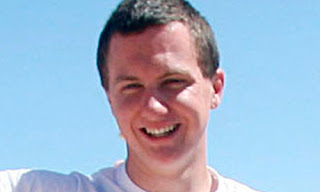 Yesterdays shooting in Tucson, Arizona is the result of political rhetoric and hate speech that those in the media have led us to believe is the whole truth. We can not make this a democratic or republican blame game, but a time to change how politics in America is portrayed and ran.

Some of us already know that there are so many half truths in broadcasts by Rush Limbaugh or Glenn Beck, but there are some who look at these two and other conservative speakers as the voice of the land. Creating this aura of hate around those who are "taking your rights away". 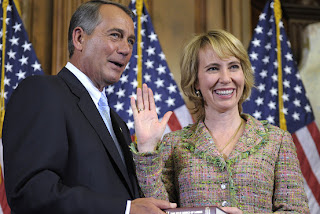 Jared Loughner entered a supermarket and pointed a gun at Congresswoman Gifford and took a shot that went through and through her head. He then proceeded to fire away into the crowd killing other helpless people before being brought down by other bystanders.

Now the question lies, how do we speak to those who we have voted into office? Hiring more police to guard them and  speaking through bulletproof glass aside from voting may be our next move. It's sad that politicians are targeted when we the people are the ones who voted for them. If you have a problem with the way your local politician has acted towards your rights, it is so easy to call or write a letter. Politics is not a fast paced process. Just because one is not happy with the results doesn't mean everyone of us will agree.

I'm sure this story will be ran in the news for weeks and new bills will be enacted with politicians guarding themselves from mentally unstable shooters, but that is not the point. The fact that our government has created a system in which our money that we work so hard for is used for programs that do not directly affect us needs to stop.

Billions of dollars in government bailouts while people are losing their homes and the national debt is climbing each minute is a priority WE the people should help each other get out of. Creating legislation that involves everyone giving up a little to have a lot.

Let us not direct our anger towards Jared Loughner, the American government, or even ourselves. The only way to change is to act on positive actions and speaking truthfully instead of who we are going to elect in 2012 to reverse our 'socialistic' president.