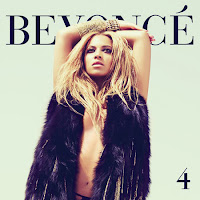 Aside from the freak show known as Gaga, some new tracks have leaked to make your eardrums jump for joy from the repetitive nature of radio.


Beyonce - Till The End of Time & Drake - Dreams Money Can Buy


Beyonce - Till The End of Time brings B back to the dance floor with production that differentiates itself from even previous B tracks. I personally enjoy the track as it's a little bubbly, but a song that you can grab your significant other and have a good time, which the lyrics express greatly. The song is suspected to be the next single from B's new album, 4.
Even if the link gets removed for copyright, this is a song to search 4.

So Drake's new album, Take Care, is far from coming to see the light of day, November to be exact. Drizzy had to drop the track himself on his blog, which he calls the intro to the new album. Dreams Money Can Buy sounds like the Drake we've come to know and love. So nothing new to hear, but him telling us the way his life is now going with his new fame. November is still far away, so material worthy of rap excellence could still come about.

Side Note: Both intros seem to sound the same or is it just me?
Download:
Beyonce - Till The End of Time
Drake - Dreams Money Can Buy

Links Courtesy of Adwiin-Music and October's Very Own