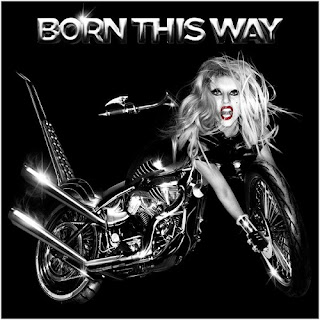 So the numbers are in for the most anticipated album of the year. Born This Way, Lady Gaga's third studio album, sold more than 1.1 million copies in one week. As many look at those numbers and feel that makes sense for an artist of Gaga's caliber, let us look into how she got there.

Amazon used Gaga's album as a way to get their new cloud service off the ground. Selling the album at .99 would make for some serious digital sales. So much that it caused Amazon's servers to crash. Digital sales accounted for over 400,000 of the sales of her new album. So can we really give credit for an album selling a million copies when the value was dropped just to sell records.

I give Interscope Records kudos for a rigorous marketing campaign for Lady Gaga's Born This Way. Even with lackluster singles, the album sold extremely well. The only album in the past year to sell more than a million was Taylor Swift's Speak Now. With Taylor, she sold albums on her artistry than just looking for shear numbers. The same with the sales of Adele's 21 album which has sold 2 million in the last 13 weeks after NOT debuting at #1.

My point is Lady Gaga showed the true definition of selling out. Don't get me wrong she is extraordinary talent, but her antics speak different volumes on what she is as an entertainer. In an industry that looks for shock and awe, Lady Gaga has the entire package. From her followers on Twitter, her fans on Facebook, her on edition Farmville, and the many who received her album for free by getting a smartphone at Best Buy - what happened to the music?

The Fame and The Fame Monster have a lot of pop-friendly tracks compared to her latest work, but Born This Way could of been an opportunity to show off vocal talent and the songwriting skills that created Lady Gaga. Instead we get a clash of pop,rock, push for gay rights, and confusing metaphors that get lost in it all. As we listen to pop, at least it was different from the club tracks that have infiltrated pop radio.

Final thought - stray away from the followers and open your ears to the unknown.