The Downside Of World Domination 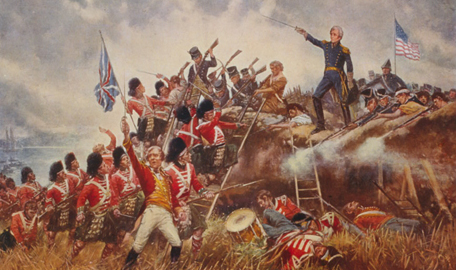 There is democracy and then there is a bureaucracy. You may think that elections and voting are 'your' voice at work, but do really think that in a world of greed and corruption of our world leaders.

In no way is this me saying that capitalism is bad, but there is a downside. The massive amount of money that exchanges hands each day also plays into what cooperations thinks is best for you. We have people who protests, occupy, or point the finger at the opposing party, but this is a system that chose it's own path.

I find it hard to believe in a time of super government that so many mistakes can take place and no one knows how it happened. And all at the expense of the people they govern. The massive amount of wealth that one man can possess can lead to a different ideology. The good is succumbed to the ideas that their predecessors left for people with money to make more of it. Sure, we could all ask for a more simplistic government. Taxes are low, people have jobs all around, housing market that's booming, and savings accounts sitting comfortably, but that's a dream. In order to be successful, we must first ask what is success for ourselves. Not everyone is chasing after billionaire dreams and looking to show off their wealth to those who could never obtain it.

I see things a little differently. Creating a mass market of trade of the necessities to keep us alive should be our first goal. Why hasn't world hunger been abolished? Because we choose not to take on the task. Why hasn't clean water been made available to everyone? Because we chose not to make it a reality, but we purchase bottled water at massive amounts. And why are we still at war with each other for decades on end? Because we fail to compromise for the sake of our people, but Gods which we have never seen.

Hypocrisy lies in bed cynicism and corruption. Will a world of peace and community ever exists - No. And that's the truth if you want to believe it or not. We must first see despair and an economic downfall of epic proportions to understand our human worth. Those of us living simple lives will just look in shame while those with massive wealth weep over processions.

If the people had the chance to govern themselves, who would profit from it? Trillions of dollars would be left on the table for history to repeat itself. Did we forget that money is not valued by the currency itself, but by the people who created such an elaborate system. A dollar is just paper. Anyone could say it's worth junk or worth the same as gold. The euro, the dollar, the yuan all being traded for dominance in a world market. And looking at these countries, are the mass public of their origin happy or feeling defeated by the ones they decided to trust.